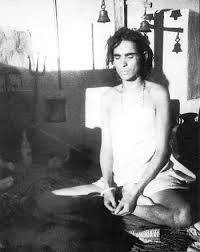 Part I – Personal Background
As you may know, I have been a spiritual seeker for most of my adult life, beginning as a teenager. Each spiritual rabbit hole i have been down (ha… a very apt analogy as you will soon see, and also because i was born in a year of the rabbit) has led me deeper into and closer to who I Am and my ture path in life… and many times preparing me for the next sojourn and teaching. Five years ago when i met Drunvalo Melchizedek, it felt like everything i had experienced and pursued, led me to that point in time for his teaching.
It was the first time in my life that i truly recognized my self as a teacher, and recognized my purpose as one who is here to help others in their spiritual journey, and that all our spiritual journeys are all part of the Ascension plan of our planet earth.
Three years ago i discovered Cobra and started reading his blog posts and interviews and became very enamored of his galactic perspective on things, which gave me a broader and deeper perspective on who I Am and who We Are as soul spirits. Similar to Drunvalo, he never forgot where he came from and had a direct connection to his Higher Self as well as to his galactic origins. His galactic connections and perspective made very clear about where we were in our planetary situation (and why), where we came from, and where we were going in the very near future. A little over a year ago, in March, i travelled to Taiwan to attend one of Cobra’s Ascension Conferences. It was very confirming and empowering for me to see him in person, and to hear his teachings, as it brought to life his words and wisdom. I felt much more connected to my Higher Self, to my I AM presence, to my mission, as well as to many of my soul brothers and sisters in attendance. i stood up and shared at the end of the conference that this was by far the most potent, fulfilling and deepest spiritual rabbit hole i have ever been down. I am not sure to this day how that got translated into Mandarin… ha.

As the following may sound more like science fiction, that is ok, for it is not necessary to believe this perspective about our planet in order to have enough faith in Part III to know that Part IV is for real. It is also an apt analogy, as many of our science fiction movies have themes that have a very real basis in reality. A few that come to mind are Star Wars, The Last Jedi, Interstellar, Avatar, Close Encounters of the Third Kind, and The Matrix trilogy.
About four weeks ago (as of this writing), I returned to Taiwan for my third time and to attend another of Cobra’s Ascension Conferences. The same day, May 9th, he posted “Entry Protocols”, http://2012portal.blogspot.com/2018/05/entry-protocols.html. Two days after the end of the conference, which by the way i experienced as even more amazing and full of light and love than the previous one, he posted, “Entry Protocols Update”, http://2012portal.blogspot.com/2018/05/entry-protocols-update.html. Although not necessary to read, it may be helpful if you are so inclined to understand more fully and grasp what I am about to share with you. Both posts i read with excitement and anticipation. A very brief synopsis of parts of these posts is included in Part III below.
The Resistance Movement is a very large group of beings (in the millions) living below the surface of the planet, in the inner earth, in the same way that The Agarthan civilization has been living for thousands of years. 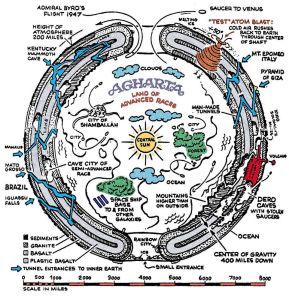 A nice clear and accurate synopsis – https://prepareforchange.net/2016/11/15/journey-into-the-resistance-movement/ . And here are links to 2 videos about the RM – https://www.youtube.com/watch?v=xVkuTBTz0Fc
part 2 https://youtu.be/I2MGtHH6LKE They are human looking ET’s that came to our planet in the latter part of the 20th century, after liberating their own planet (an undiscovered one that exists in the outer reaches of our own solar system) to help us in the liberation of our own planet. Cobra is in direct communication with them and is considered their spokesperson. Their main mission that they have been working diligently on for some decades, is the dismantling of the complex and advanced technological/ multidimensional power structure of the dark forces – the Chimera group, the Archons, the cabal and “khazarian mafia” (Benjamin Fulford’s term, who is another well informed individual who i listen to for a more political/economic perspective on our planetary situation) that has been controlling our planet for millennia. The later two terms include the top level members of the worlds financial institutions (Rothschilds. Bilderbergs, etc.) , top level members of most of the worlds governments, and the Vatican and black nobility families (both based in Italy)
A large part of our freedom lies in our own hands, the surface population, by becoming more awake to the reality of our situation, realizing that our innate free will has been hijacked in many different ways and levels, and by connecting with our Higher Selves and reclaiming our sovereignty and true free will. On the other hand, we have been and are being helped in massive ways by the galactic forces off planet and by the Resistance Movement underneath. When we are finally free of our controllers, when this massive multidimensional power structure is finally dissolved (which includes the extensive and ingrained 3D matrix program as depicted in The Matrix trilogy movies, it will be safe for many things to occur – full disclosure of the Galactic forces, a total restructuring of all of our world’s governments, economic and financial institutions and economic and monetary structures, as well as all facets and levels of the media, the availability of free energy systems and high level healing technologies, a full return of the Goddess presence, and reunion with our soul families, soul brothers and sisters, soul mates, and twin souls.
When “we” are ready, when conditions on and off the planet are ready, there will be an immense flash of Source energy consciously emanating through our Galactic Central sun, that will come through our own sun and flood our solar system and planet. It will most likely not be cataclysmic in nature except that the immense amount of Light and Love will have the potential and effect to transform so many things in a very short period of time. This pulse emanating from the GCS is part of a 26,000 year cycle, the Galactic Cycle and is referred to as the Galactic Prophecy* and is known and spoken about throughout history (in their own terms and wording)- by the Mayan Elders, many western Indian tribes, the ancient Vedic seers, writers of the Mahabharata, the Upanishads, and many indigenous peoples around the world who never lost touch with their true origins and history. This event has been referred to as exactly that, “The Event”.

Part III – Entry Protocols- I Will Accept the Invitation 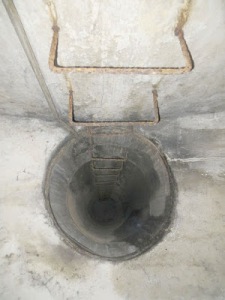 In the coming weeks or months, members of the Resistance Movement “may” come to the surface and approach a small number of advanced light-workers (20 – 200) to invite them to enter the Resistance Movement. Those chosen will be among light workers who have relatively minimal responsibilities and commitments in their personal relationships and work. We/they will be given up to 15 minutes to gather a very small amount of personal items and then be led to enter a nearby basement access and climb down approximately 30 meters to a top level entrance to the RM. We/they will be asked a second time if we want to enter. Once entering we will not be able to contact anyone on the surface until the time of the Event. This will be an opportunity for healing and spiritual work for those going… and be an “initiatory experience”. It will also be an opportunity to provide help and assistance to the Resistance Movement in helping the surface population (you) with the many changes and transitions that will have to be dealt with.
When I first read Cobra’s words, I felt the calling… I was excited at the prospect of being chosen and to help and be part of something much more in alignment with my authentic purpose and mission. So if you find me “missing”, know that i am more than well and being taken care of – both in my personal healing and spiritual evolution.

Part IV – Personal Matters of a Practical Nature if and When I Go
If i knew i would be invited, and when, I certainly would have been able to prepare and organize my personal possessions and business concerns in a more thorough way. I feel my chances of being chosen are 51/49. And as mentioned, “if” the protocol goes into effect, it may take weeks or months to be initiated. The time frame from then up until the time of the Event when I can return will also most likely be a matter of months.
Here are some considerations I offer in the event i go:
-Sublet my apartment through AirBbB, similar as i did last fall for 3 months, only for this term i suggest 6 months. Photos and description for ad will be readily available. The spare bedroom will be empty for the most part of all of my personal effects. In finding a responsible sublet tenant will allow for my 2 cats to be cared for as well.
– My computer desk will be left as is for use if need be, including computer and cell phone, Passwords and further details of personal and business matters will be provided in document labeled “Passwords” on my computer desktop and under my Mac Air. All bills (car payment, AT&T, Granada liability insurance (for my contractor’s license) are all on auto pay through Wells Fargo. They roughly total what my Social Security direct deposit amount is. Also trust, as i do, that all of our basic needs (and then some) will be provided for after the Event.
As for my business dealings, most of them can be continued without my presence. The authorized agents i have authorized can do everything that i do in order to procure building permits. The drawings i do can be hired out to any of the three design professionals we currently use. I am already more than ready to relinquish and retire from my business anyway, regardless of whether i am chosen. I have attempted already in the past to transition to doing more things more in aligned with my nature and soul purpose – art, photography, teaching, writing and traveling. And now, facilitating others in their ascension path. Even if i do not get chosen, the Event will provide us all with the opportunity to truly and freely choose to engage in things we love to do, to “follow our bliss”, (with money not having to be a consideration) and for these things to be fully integrated into our life and living.
In closing, i would like to say I love you all dearly, please forgive me, and thank you. Have faith that these times of change will see the Light of a new Dawn. In the not too distant future, The Event will happen, and will provide us the long overdue opportunity to live in total harmony, peace and love, without violence, suffering or hardship of any kind… where joy can be an everyday, ever occurring, ever present experience and state of being. Our ascension is upon us. We will create the New Earth…. together. In the Eldridge took, The New …….. he talks about this. We can do it. It will be a joyous time. Victory of the Light. 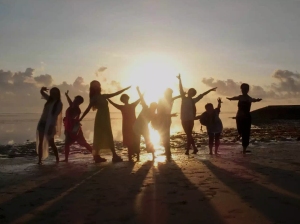 *This will be the completion of an old prophecy which is part of the spiritual lore of the Central Civilization about the time when all darkness will disappear from the Galaxy and the Galactic network of Light will be completed.
central race http://soulconnection.net/glossary_in_depth/central_race.html